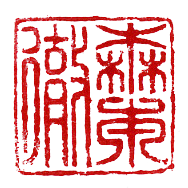 He started working as a photographer for Daily Nation, a Kenyan newspaper in Nairobi, while he was a master student of the photojournalism department in the School of Journalism, University of Missouri. In 1998, he documented the US Embassy bombing in Nairobi. He was selected as an intern photographer for The New York Times. He also worked as an intern for Magnum and as an assistant of the late Magnum photographer Burt Glinn in New York. He left New York to Abidjan, Ivory Coast, for the New York Times to cover the West Africa. Later, he moved to Tokyo and worked for foreign magazines and newspapers. His works have been published mostly in American and European publications such as Newsweek, the New York Times, Der Spiegel, Time Magazine, Los Angels Times, Washington Post, International Herald Tribune, Daily Telegraph, The Independent, Courrier International, and so on.

In 2004, he moved to Barcelona. Since then, he has been carrying out various photographic documentary projects focusing on the theme about nations and ethnic identities such as the Tibetans, Basque Country, and recently Catalonia. His photographic work on the Kosovo Albanians won the 10th Ueno Hikoma Award in Japan. He also published a co-authored photography book about Japan and the Japanese people "JAPAN/日本” in 2011.

In 2020, he went back to Japan. Currently he is based in a village deep in the mountains in Kyoto, where he is working on alternative process such as polaroid transfer, platium print, and wet collodion.

In July 2020, his platinum print works that he had been working for the last nine years are published as a photo book "SHIZEN" by an Italian publisher.